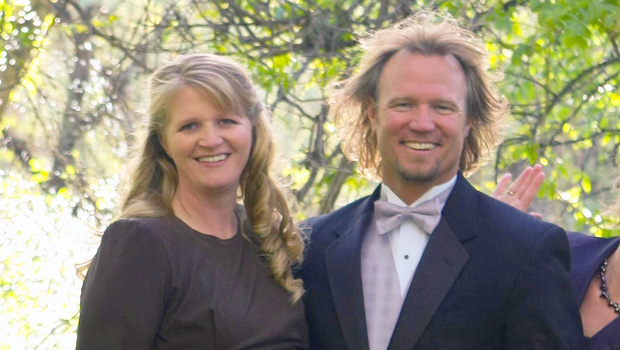 Sister Wives star Christine Brown took to social media on Sunday, (June 12) to celebrate the life of her beautiful daughter Ysabel Brown, with some sweet photos and a short message. “Happy Birthday @ysabelpaigebrown you’re a delight!!” the reality personality, 50, wrote via Instagram. She concluded the affectionate post with hashtags #momlife #happybirthday #birthdaygirl #blessed.

Christine posted a photo of Ysabel as a toddler at a swimming pool, followed by two more recent photos. In one, Ysabel smiles while wearing a breezy white top, cutoff shorts, and sandals while holding a small box and a water bottle. In another, she poses cheekily in front of a restaurant, waving while carrying a takeout box and wearing black biker shorts and a matching tank top with white sneakers.

Christine, the third wife of reality star/polygamist Kody Brownis known for her adorable birthday posts for her six kids, and in April she posted to daughter Truely Brown for her landmark 12th birthday. “It’s this cool kid, Truely’s birthday today!” she captioned the post, which included five photos of Truely. “She’s 12 years old and just so amazing, creative, kind, brilliant and SO FUN to hang out with!” Christine once again included the tags “#happybirthday” and “blessedmom.”

Truely and Ysabel were both onboard when Christine and fellow wife Janelle Brown took their kids on a trip to Disney World in March. The rare joint outing was a great chance for the two Brown wives and their kids to bond and enjoy some fun together. “Loving this vacation! Truely bought me my Maleficent ears!” Christine captioned a post filled with vacation pics. “I’ve been wanting them for years! And they actually smiled and posed for a photo! #blessed #momlife #vacation.”

Janelle and Christine are two of Kody’s four wives — the other two are Meri Brown and Robyn Brown. The fundamentalist polygamist family share 18 children between them, and they’ve been sharing their lives via the TLC reality hit since it debuted in 2010. Kody, 53, is only legally married to Robyn, while the other three are described as “spiritual unions” .”

Kody Brown’s Wives: Meet All The Women’s He’s Married Over The Years

Christine famously left Kody earlier this year, says she is done with polygamy, and is reportedly getting her own reality show following the high profile split