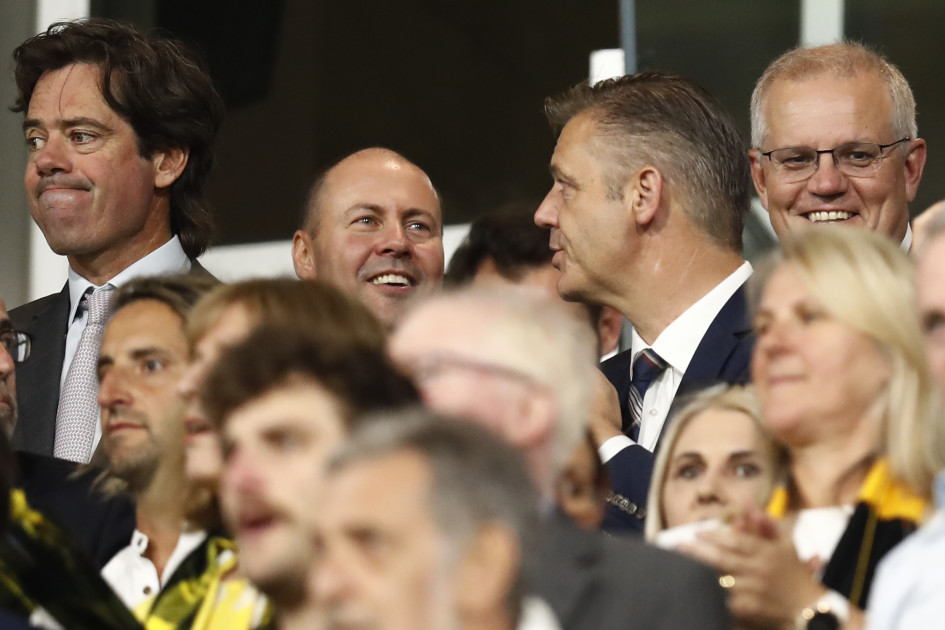 Former Federal Treasurer Josh Frydenberg has been potential by the AFL as a replacement for outgoing CEO Gillon McLachlan.

Frydenberg, who last month bowed out of politics, has recently emerged as one of a number of candidates in line to become the league’s new chief executive.

Asked by SEN if he had been interested by the league to gauge Frydenberg said: “All I’m saying is that I’m going into the private sector.”

Pushed twice further, Frydenberg refused to rule himself out of contention to be the next AFL CEO.

“I’m not commenting either way on anything,” he said.

“All I’m saying is I’m looking at different private sector options and I’ve got a lot of options.”

A member of parliament from 2010 until losing the seat of Kooyong last month, Frydenberg served as treasurer and deputy leader of Scott Morrison’s liberal government from 2018 to 2022.

A passionate Carlton supporter, he was last year made the Blues’ joint No.1 ticket holder.

McLachlan announced in April that he is stepping down as league CEO at the end of the 2022 season.

The AFL had enlisted executive search and leadership consulting firm Spencer Stuart to spearhead the hunt for McLachlan’s replacement.

AFL chairman Richard Goyder and the AFL commission will make a decision on McLachlan’s replacement in the coming months.

Goyder’s opinion on Frydenberg’s suitability is not known, but the league boss – also the chairman of Qantas and Woodside Petroleum – previously told the Financial Review that Frydenberg had been “remarkably accessible” in the early days of the Covid outbreak.

In 2014 in his then-capacity as parliamentary secretary to the Prime Minister, Frydenberg assisted in G20 planning that included Goyder chairing the Business 20 forum.