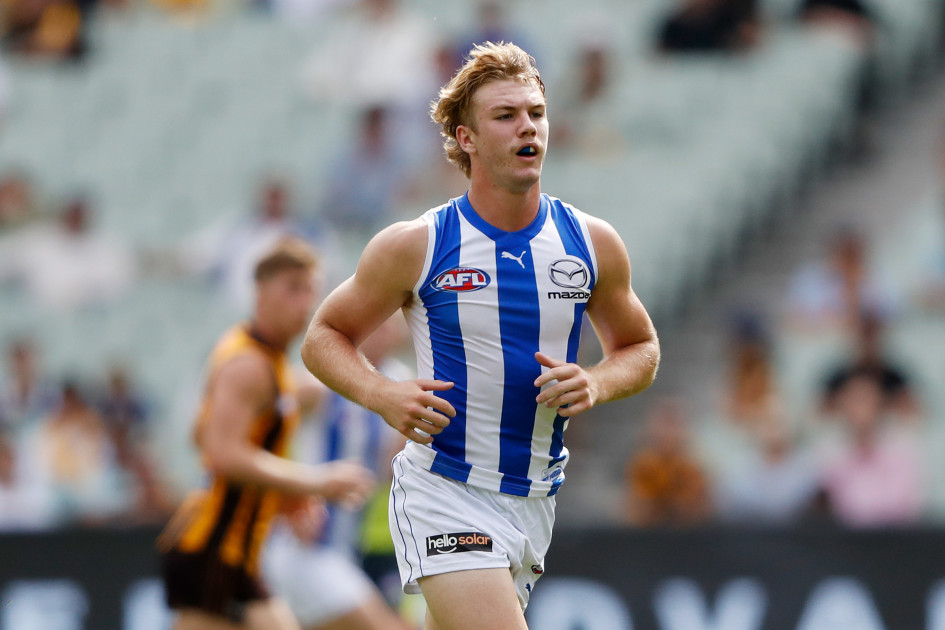 Jason Horne-Francis is beginning to make noises internally that he wants out of North Melbourne and wishes to return to South Australia, according to Kane Cornes.

The 2021 number one draft pick has had a turbulent season at the struggling Kangaroos and has now been suspended for a fortnight by the Match Review Officer.

Cornes reports that Horne-Francis is now starting to indicate his desire to leave the club.

“The fresh information that I’ve got for you this morning is that he is making noises that he wants out,” the former Power midfielder told SEN SA Breakfast.

“That’s what I can reveal for you this morning that Jason Horne-Francis has started to, and you can see that manifesting in his on-field performance, but behind the scenes he is making noises – that was the term put to me, that he wants out of the North Melbourne Football Club.

“This is the dilemma for Port Adelaide and the Crows because that is where he wants his football future to be.

“Now whether North Melbourne can turn him around on that and whether they can convince him to stay and they can refuse any trade request at the end of this year because he is contracted.”

Cornes believes it the onus is on Port Adelaide and Adelaide to satisfy the teenager financially, as well as the Roos in a trade, while not disrupting the culture at their clubs.

“But the dilemma for Port Adelaide and the Crows is this: You’ve got a player who’s carrying on like that and disrespecting his teammates and not listening to feedback and now being undisciplined on the field and his effort is being questioned and his attitude is clearly being questioned,” he said.

“Could Port Adelaide or the Crows, because it’s going to take like $800,000 on a salary to get him, how would you go if you had to walk up to say Ollie Wines and say ‘I’m going to pay this second-year player more than you’re on’.

“How would that sit amongst the culture of the club? The Adelaide list manager is going to have to say to Rory Laird – ‘hey Rory you’ve probably been our best and most consistent players for the last five years, but we’re going to get this second-year player in and pay him more than you’.

“That’s the first bit of the dilemma that Port and the Crows have to stomach. How does he fit in the hierarchy of the footy club? A second-year player who hasn’t achieved a lot.

“The second aspect is you’re going to have to give up a massive price. Now are you prepared to do that with the way that he’s performed and the attitude that he is displaying and how will that disrupt the culture of each club.

“There’s two things you need to consider. But on the other hand you’re going, ‘well, we might have the next Mark Ricciuto’. To me he plays like a young Mark Ricciuto.

“So you may have the next Mark Ricciuto coming home. Are you prepared to give up the salary and look senior players in the face and say ‘I’m going to pay this second-year player more than you’, and are you prepared to trade away a top 10 draft pick and something else to get him?

“I guess it’s not a surprise to anyone, but he is making noises behind the scenes that he may be exploring a way to get out of North Melbourne.

“I haven’t seen a list management dilemma of this significance perhaps ever in Port Adelaide and the Crows’ history. It’s a really fascinating one where you’ve got a South Australian who wants to come home. It’s a really difficult one they’ll have to work through.”