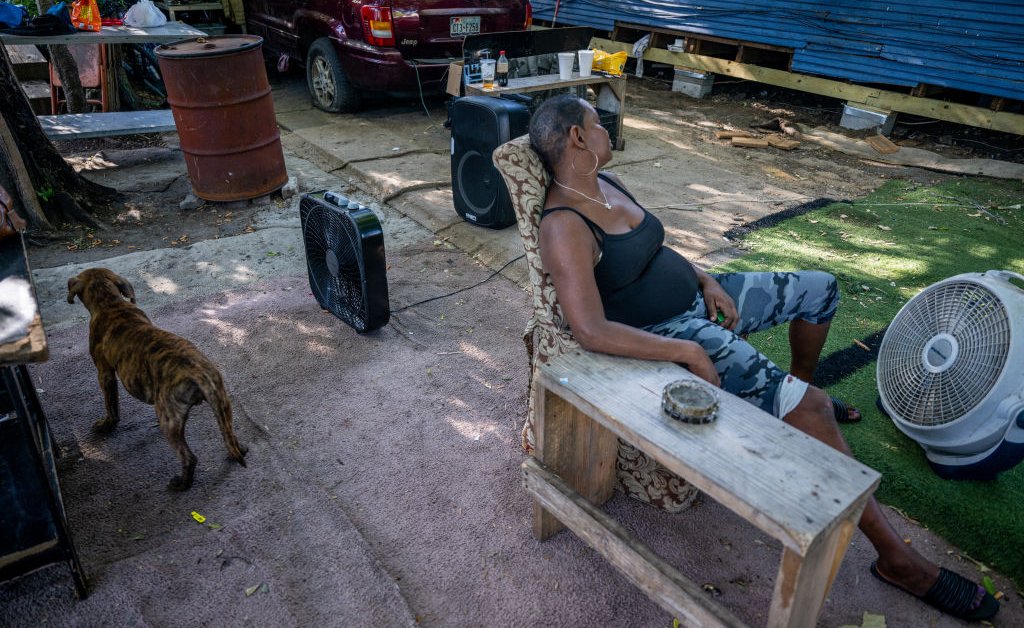 For the third weekend in a row, large swaths of the United States have wilted under early-season heatwaves that have set high temperature records from California to Texas. Nearly 100 million Americans are facing heat warnings and advisories from the southwest to the Mississippi River, with temperatures spiking well into the triple digits in California, Texas, Arizonaand Colorado. As much of the northern hemisphere heads into what is projected to be a hotter-than-usual summer, more people will be exposed to dangerous levels of high heat and humidity.

Heatwaves kill more people annually in the US than hurricanes, lightning, tornadoes, floods, and earthquakes combined. A 2003 heat wave in Europe is estimated to have caused up to 70,000 deaths. Yet few people really understand how heat impacts the human body. Probably because it’s too gruesome to think about.

The average human body at rest radiates about the same amount of heat as a 100-watt light bulb. Which is fine when the ambient temperature is at or below the body temperature of 37°C (98.6°F). When our surroundings exceed the normal body temperature, the only way to keep from overheating is by evaporative cooling—aka sweating. Your capillaries—those tiny blood vessels next to the skin—expand in an attempt to take advantage of that surface chill. That’s the tell-tale flush that’s one of the first signs of the body kicking into cooling mode. But when humidity is high, sweating becomes less effective because the air is already saturated with moisture. The blood doesn’t cool down, and as a result, the body’s core temperature increases, triggering a series of emergency protocols to protect vital functions.

Read More: What It’s Like Living in One of the Hottest Cities on Earth—Where It May Soon Be Uninhabitable

Blood flow to the skin increases, straining the heart. For every 0.5°C (1°F) rise in core temperature, a typical person’s heartbeat goes up 10 beats per minute, resulting in a racing pulse and a sense of light-headedness. The brain tells the muscles to slow down, causing fatigue. Nerve cells misfire, leading to headache, nausea, or even vomiting. Excessive sweating throws your electrolytes out of whack and can cause cramping. This is the beginning of heat exhaustion, and if it is not treated with shade, rest, and some kind of electrolyte replacement, it can quickly veer into dangerous territory.

Read more: June 2021 was the hottest June in North America. It won’t be for long

If the core temperature continues to rise past 40°C (104°F), organs start shutting down and cells deteriorate. An overtaxed heart can go into cardiac arrest. This is heat stroke.

Victims may start to hallucinate, or to have seizures. Many will stop sweating entirely and exhibit hot dry skin instead. Internally, inflammation accelerates, putting pressure on the kidneys. “Kidneys are usually the first to go,” says Jason Kai Wei Lee, an expert on the impact of heat on the human body at Singapore’s Human Potential Translational Research Programme. “When the kidneys are messed up, all the toxins that have built up cannot be excreted and your body becomes toxic.” That in turn impacts other organs, which begin to fail one by one.

Camilo Mora, an associate professor at the University of Hawaii at Manoa’s geography department, describes 27 different ways the body succumbs to overheating, from kidney failure to blood poisoning when the gut lining disintegrates. All can result in death within a few hours. Mora is the lead author of a 2017 study published in Nature Climate Change demonstrating that by the year 2100, 75% of the global population could be subject to at least 20 days of deadly heatwaves per year, if greenhouse gas emissions continue to rise at their current rates, compared to 33% today. him deeply understand how awful the impacts of heat on the human body can be. “Dying of heat stroke is sometimes better than surviving,” he says. “The damage done to your organs has long-term consequences. Your kidneys are shot, your gut shattered, and you are probably on dialysis for the rest of your life. People have to realize how serious extreme heat is. It’s about time we started paying attention.”