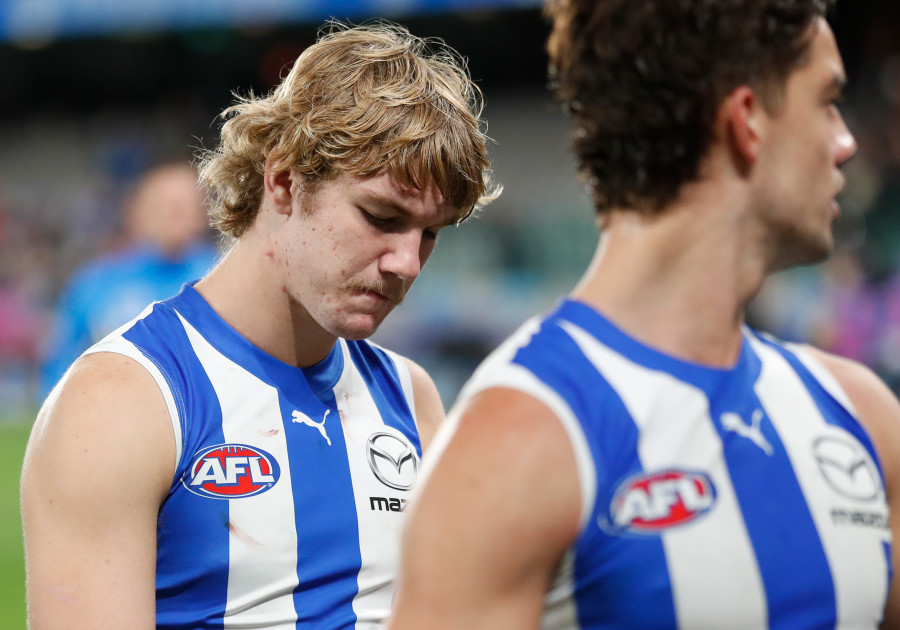 Does Jason Horne-Francis want to be a part of what looms as a lengthy rebuild for North Melbourne?

That’s the question that’s been asked since the Roos called out his name at Pick 1 in last year’s draft, and one that’s heated up as a result of hks actions on Sunday.

The 18-year-old has often showcased an emotional persona on the field, one that was accepted as desperation to win and improve.

However, he took it a step further against GWS when turning his back to veteran Todd Goldstein in a conversation and then whacking Josh Kelly high in North Melbourne’s Round 13 49-point loss.

Almost 24 hours on, former AFL midfielder Michael Barlow believes the youngster would be disappointed in his actions.

“It’s going to be a long and slow and arduous build (at North Melbourne), and Jason Horne-Francis is one that is going to be central to that,” he told AFL Nation.

“There’s a real opportunity for him, and yesterday was a tough one, I think he would wake up this morning and reflect.”

Playing in a team 17th on the ladder, Horne-Francis has performed admirably this season to average 17 disposals and over four clearances a game in a midfield role.

Barlow compared the top draft pick to former Gold Coast teammate Will Brodie, who famously struggled at the Suns before Joining Fremantle ahead of the 2022 season.

Brodie, Pick 9 in the 2016 draft, played 25 games for the Suns but never engrained himself in the struggling club’s best side.

However, a move to the Dockers has unlocked for a few thought he could display at the top level, Barlow suggesting it was due to being forced to “sink or swim”.

“I’ll make a comparison. When Will Brodie first got the Gold Coast, a top 10 draft pick and was fairly self-assured that (he’s) here to play and going to get going and (his) career (was) going to be on the rise pretty quickly,” he continued.

“Until you’re put in that sink or swim environment, you don’t know what’s under the hood and that’s what Will Brodie is doing.”

Horne-Francis had one of his quietest games for the season against the Giants, finishing with just eight touches to his name.

He’s yet to sign a contract extension at Arden Street.