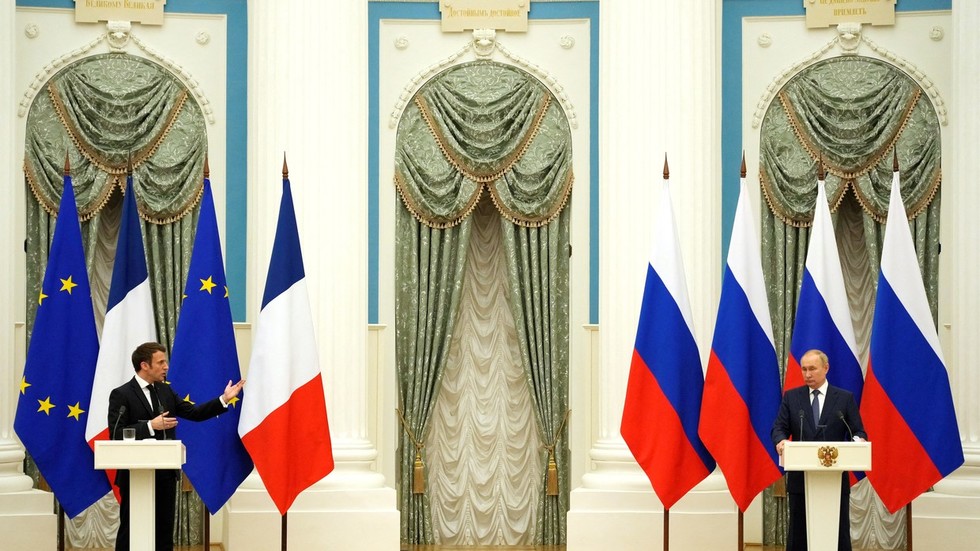 French President Emmanuel Macron was wrong when he spoke about not wanting to “humiliate” Russia over its actions in Ukraine, Czech Foreign Minister Jan Lipavsky has said.

“Russia is the aggressor, and we shouldn’t take into account if Russia is humiliated or not,” the official told CNN Press News on Sunday. “Macron probably doesn’t understand the issue very well. Putin doesn’t care how Russia is perceived in the West,”

The minister argued that Europe “should not forget about Ukraine,” and talks with Russia “must be primarily conducted by Ukrainians themselves.”

Earlier this month, Macron told French media: “We must not humiliate Russia, so that the day when the fighting stops we can build an exit ramp through diplomatic means.”

He expressed hope that France would mediate in the conflict.

Macron’s remarks were criticized in Western media and drew the ire of Ukrainian Foreign Minister Dmitry Kuleba, who said that “calls to avoid humiliation of Russia can only humiliate France,” and that Moscow “humiliates itself.”

Reuters quoted the French presidential official on Friday as saying that Paris was not planning on making concessions to Russia over Ukraine and wanted Kiev to win.

On Monday, Alexey Paramonov, a senior official at Russia’s Foreign Ministry, told RIA Novosti that Moscow has never been against “meaningful” talks with France.

Russian President Vladimir Putin last spoke with Macron and German Chancellor Olaf Scholz in late May. During a three-way phone call, the leaders discussed the state of the stalled Russia-Ukraine peace talks, among other matters, according to the Kremlin.

This weekend, the German paper Bild am Sonntag reported that Macron, Scholz and Italian Prime Minister Mario Draghi plan to make a joint visit to Kiev this month.