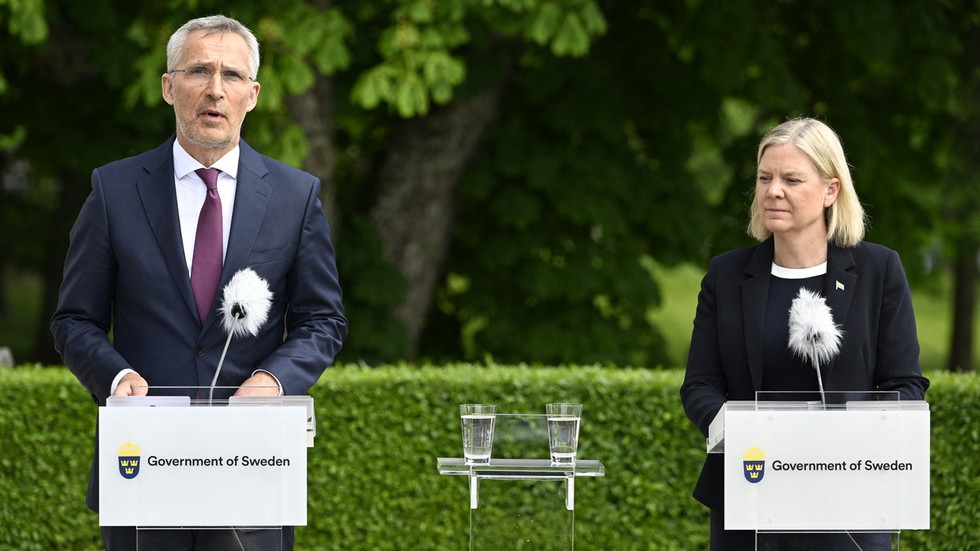 NATO had no reason to believe there would be any problems with the membership applications of Sweden and Finland, alliance Secretary-General Jens Stoltenberg said on Monday, admitting he was blindsided by “legitimate” Turkish concerns. He still wants Stockholm and Helsinki to join as soon as possible.

“Earlier in the process, we had no reasons to believe there would be any problems,” Stoltenberg told Financial Times on Monday, while visiting Sweden. Back in April, NATO had promised Sweden and Finland that the first stage of their accession would take only a couple of weeks, only to run into Turkish objections as Ankara accused both countries of supporting terrorism.

“The Turkish concerns are not new,” Stoltenberg added, calling Turkey “an important ally, and when an ally raises security concerns, we have to address them.”

“These are legitimate concerns. This is about terrorism, it’s about weapons exports,” Stoltenberg said on Sunday in Finland. “We have to address the security concerns of all allies, including Turkish concerns about the terrorist group PKK.”

“My goal is to have Finland and Sweden as members as soon as possible. It can still be quick compared with other access processes,” the alliance chief told FT.

Stoltenberg added that his hope was that the matter would be resolved “within a reasonable time,” but that there was no deadline to do so, suggesting it may not get done before the NATO summit at the end of June.

Ankara has accused Helsinki and Stockholm of harboring members of outlawed Kurdish groups it considers to be “terrorists” and blocking exports of weapons to Turkey. Sweden and Finland have reportedly complained that Turkey has not presented them with specific demands. A ten-point list appeared in the Turkish media last week, but it remains unclear whether it represents Ankara’s official position.

Stoltenberg is expected to convene Swedish, Finnish and Turkish officials in Brussels in the coming weeks. Last month, Ankara hosted talks with delegations from Stockholm and Helsinki, but Turkish President Recep Tayyip Erdogan later complained they were not “at the desired level.”