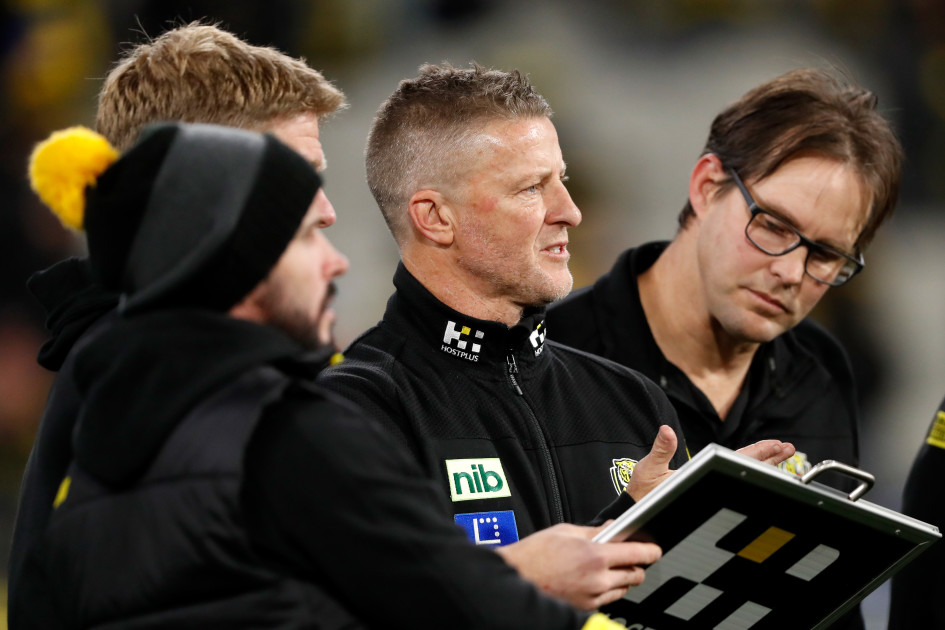 The Tigers came bounding out of the blocks after their bye against Port Adelaide, booting five goals to two in the first quarter to set up what would be a 12-point win.

In what was ultimately a battle of territory, the ball spent more of the time inside Richmond’s forward half to see them claim the inside 50 count 64-48.

The scrappy nature of the contest saw both sides demonstrate poor efficiency inside 50, Richmond’s 43.8 per cent and Port Adelaide’s 35.4 per cent both well down on season averages.

Entering a contest they needed to win to stay in touch with the top eight, Damien Hardwick had the game on his terms for larger stretches as the Tigers triumphed.

There’s been plenty of debate over the past week as to whether Richmond are back to the Tigers of old, and the footy world won’t truly know until the pointy end of the season.

However, their brand of desperation and surging it forward was evident on Thursday night. Richmond had 68 one percenters, some 13 above their season average, beating the Power’s tally of 47.

As to surging it forward, the Tigers took eight bounces compared to just one for Port Adelaide, Hardwick’s side showcasing their crucial trait of taking territory.

It was the Tigers of old in Round 13, now can they keep it up for the rest of the season?

Is Gambling a problem for you? Call Gamblers Help on 1800 858 858 or your local state gambling helpline. Gamble responsibly.